Team of Partizan Beograd arrives to Győr as the title holder of the Audi Cup tournament. The Reserves training of the team is on top level, by the analysis of UEFA they reached in Europe the best second place behind Ajax. The team was founded by Yugoslavian Army, and their Stadium is also named by this Solder Organization. At the early 50-s they became an independent team. From that early years they ha a very unusual nickname: they called the “gravediggers”. This nickname not only mentions their black- white shirts, but also mentions the place of their Stadium, because it stands on the Cemetary street. 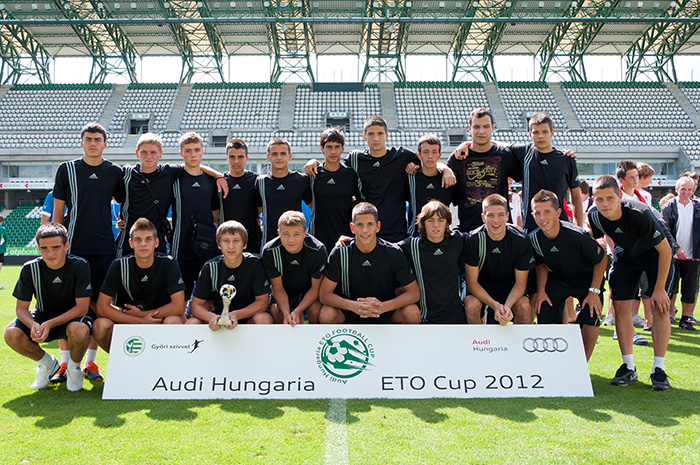 A historical moment belongs to the famous team of Belgrade: they played the first international cup match on 3 September 1955 in Lisboa against local team Sporting and closed the game with 3-3. They were the first team from Eastern Europe who played in UEFA Champions Club Cup final (in 1966). They beaten Nantes, Werder Bremen and Manchester United in semi –final, but in final Real Madrin won against them.

One of the biggest legend of Partizan Stjepan Bobek. He arrived to the team after the II. W. War, where he scored 403 goals on 468 matches, he is the recorder of black- whites. He was given two times Olympic silver medals and he is the biggest goal recorder, he scored goals nine times on one match.