SL Benfica is the most prestigious football team in Portugal. It was established in 1904, it came second in the last Portugal season.

It has a stadium of 65 thousand capacity, the Estádio da Luz (stadium of light), which was opened in 2003. 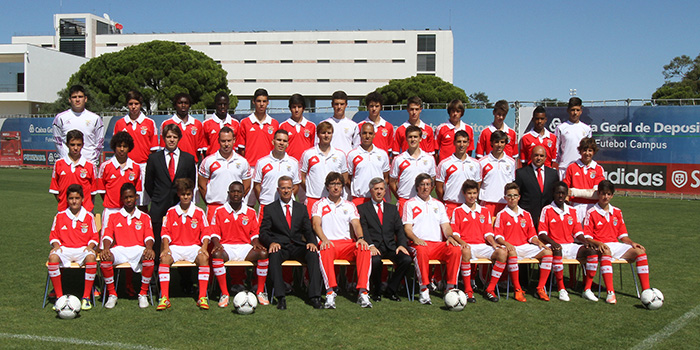 The brightest period of the team was in the 60s, when they won the Champion Teams European Cup  twice, first in 1961, then in 1962. After the two victories, they played in the finals of the most prestigious European cup series three times, in 63, 65 and in 68, but could only achieve the silver in each occasion.

Béla Guttmann had a leading role in the success of the 60s, who was head coach of the team through four seasons. An interesting thing is that when Benfica played against Győri ETO in the semi-finals of the Champion Teams European Cup in 1965, they got in the finals with a clear 5-0 aggregation.

Benfica has been Portuguese Champion 32 times, Portuguese Cup Champion 24 times, both are record achievements within Portugal.

The greatest star of Benfica is Eusebio, who played at the Portuguese star team between 1961 and 1974.  He scored 638 goals on 614 matches with Benfica and had a key role in winning the European Cup title in 1962. Eusebio won the Portuguese Championship (Primeira Liga) 11 times, and the Portuguese Cup five times. His best achievement in the Portuguese national eleven is a bronze medal from the world championship in England, 1966.