Stabæk Fotball is an old traditional club in Norway, the only one club which has seasonal matches in the same time with our tournament. In the northern country the usual season starts in springtime and finishes in fall. 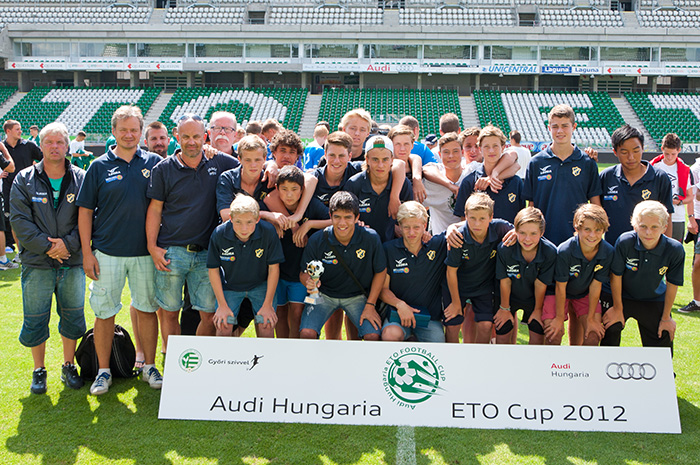 Team of Stabæk performed very successfully performs from the late 80’s. From that time the blue guys achieved slowly better results. In 1987 they competed in V. league and later in 1994 they already played in Tippeligaen, which is the highest level of the national championship.

First big success of team of Bekkestua was in 1998. That year they won against Rosenborg for 3-1 and won Norvegian Cup, and they were third in National Championship. They repeated this great performance five years later. In year 2005 a genius headcoach sat on the bench, who reached the best seasons of the club.

He was Jan Jönsson, with him team Stabæk moved from the second division to firs class, team was the second in national league and also the squad of blue guys were competing in semi-final of their national cup. Big turn of their was in year 2008, they won the gold title and the team won against team of Vestfossen with fourteen goals for 14-0.

Most successful player of the team is the Swedish Daniel Nansskog, who is a club recorder and biggest name in the club history. He was transferred to Stabæk in 2005, he played in 147 matches , scored 101 goals in championship. In his first year he was the most effective in championship of Norway, and was given goalking title. He is a big legend and left the pitch but did not forget the football and he works for his club as a coach.